“How we need another soul to cling to.” – Sylvia Plath

Since my nine year old son watched a particularly scary episode of Dr Who we have started practising ‘kawa no ji mitai’.

Kawa no ji mitai is not some ancient martial art designed to chase away the bogeymen from under the bed, but it may be just as effective. Kawa is the Japanese sign for a river flowing between two banks. When a child sleeps between his parents they provide the protective and comforting banks that keep the child safe. The child sleeps like a river.

In most cultures children and parents sleep together. Professor of anthropology Meredith F. Small, in her book ‘Our babies, Ourselves’ informs us that the practice of separating ourselves from our children at night is the global exception rather than the norm:

“In almost all cultures around the globe, babies sleep with an adult, while older children sleep with parents or other siblings. It is only in industrialized Western societies such as those in North America and some parts of Europe that sleep has become a private affair. The West, in fact, stands out from the rest of humanity in the treatment of its children during sleep. In one study of 186 nonindustrial societies, children sleep in the same bed as their parents in 46 percent of the nonindustrial cultures, and in a separate bed but in the same room in an additional 21 percent. In other words, in 67 percent of the cultures around the world, children sleep in the company of others.”

In many of these nonindustrial cultures the practice of sharing a bed or sleeping quarters is seen as a way of forging strong family ties and growing confident and loving children. Many of us know intuitively that being close to another person at night, when we are at our most vulnerable, offers a sense of comfort and safety – after all, to our primitive brains nighttime solitude is still associated with the threat of becoming the lion’s dinner. However, as much as we may want to offer our children the protection they seek, our cultural norms face in the other direction.

Needs that are deemed natural in children born to parents in nonindustrial societies have become pathologized in ours. Here we describe “fussy or breastfeeding babies, scared or restless toddlers, strong-willed school-age kids and even anxious teens“who don’t want to sleep alone as suffering from “behavioural insomnia”. We are told we must not give in to their ‘demands’. If we let them into our beds, ie give them the comfort they seek, we will lose our privacy and struggle to make them independent.

Privacy and independence – the two fetishized pillars of Western culture.

To stay private and not depend, we go to great lengths to ‘keep ourselves to ourselves’, not ‘hang our dirty laundry out’ and ‘stiffen our upper lip’. We ‘go it alone’, ‘fend for ourselves’ and ‘stand on our own two feet’. Ours is the story of the self-made man or woman. We learn that growing up means decreasing our dependence upon others and increasing our control over ourselves. We battle our fears alone. We shed our tears in private.

This story of separation is so pervasive it is easy to forget there are other ways of forging the self.

“A basic rule of social sake drinking is that one never pours sake for oneself – one pours it for someone else, who in turn pours sake into one’s own sake cup in a never-ending series of taking turns. The phrase ‘drinking alone’ (hitorizake) is an expression for loneliness – there is nothing lonelier than having to pour one’s own sake. Unlike the case in some Western cultures in which the independent and autonomous self is regarded as the ideal model of personhood, in Japanese culture the social self does not exist without the social other (…) A lone individual who must pour his or her own sake is on the verge of becoming nonself.”*)

Too many of us are pouring our own sake these days.

According to the Office for National Statistics the number of adults living alone in the UK has almost doubled since 1973. Although not every person living alone will suffer loneliness, a considerable amount do. In a recent piece in The Guardian, George Monbiot highlights the trend:

“Three months ago we read that loneliness has become an epidemic among young adults. Now we learn that it is just as great an affliction of older people. A study by Independent Age shows that severe loneliness in England blights the lives of 700,000 men and 1.1m women over 50, and is rising with astonishing speed.”

Humans, as the psychologist John Cacioppo puts it, possess an ‘obligatory social gregariousness’. We need others. It is in our nature. No amount of cultural conditioning can breed it out of us. We don’t want robots administering our drugs, no matter how economically efficient it is deemed. We don’t want virtual ‘friends’ on social networking sites, we want real flesh and blood people to share our ups and downs with.  And when we find ourselves in the dark, and our fears and worries overtake us, we want to reach out and find another soul to cling to.

It is possible and necessary to grow a different kind of culture – one where we accept and celebrate our interdependence, where we feel comfortable expressing our own need for comfort and safety and are able and willing to meet that need for others. Recognising our inseverable connection to all of life we may begin to access the creativity and courage to build societies that mimic the patterns of interconnectedness we see in the natural world, where, in the words of Charles Eisenstein:

“Each organism and each species makes a vital contribution to the totality of life on earth.(…)Nitrogen-fixing bacteria don’t directly benefit from doing so, except that the nitrogen they give to the soil grows plants that grow roots that grow fungi, which ultimately provide nutrients to the bacteria. Pioneer species pave the way for keystone species, which provide microniches for other species, which feed yet other species in a web of gifts that, eventually, circle back to benefit the pioneer species. Trees bring up water to water other plants, and algae make oxygen so that animals can breathe. Remove any being, and the health of all becomes more precarious.”

Looking at both the intelligence of nature and the richness of the world’s many different human cultures we can see how we all have a contribution to make to the totality of life. Often the simplest kindnesses – the stuff that conventional economic theory ignores – make the biggest difference. 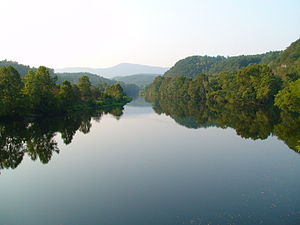 *) Extract from ‘Selves and Others in Japanese Culture’ by Emiko Ohnuky-Tierney. Appears in ‘Narratives of Agency – Self-making in China India and Japan’